Pros and Cons of VDI and DaaS 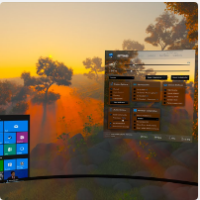 ComputerVault is a hybrid of these two virtual desktop types that has all the pros of both versions while eliminating the cons. Additionally, ComputerVault overcomes the biggest drawbacks to both the traditional VDI products that are known in the marketplace and DaaS, which is poor performance and high cost.

Having virtual desktops hosted onsite yields two primary benefits. First, a company has total control of the IT infrastructure. The computing resources that can be brought to bear, the use of management and monitoring software, security tools as well as configuration changes, are all in the hands of the company deploying the virtual desktops. Software is less expensive to manage than physical devices reducing overall IT support costs. The high cost of deployment, however, does result in a lengthy period before the lowered administration costs generate a Return on Investment.

Secondly, virtual desktops, in a company datacenter or colocation facility, provide much better security than physical devices. Corporate firewalls, monitoring and security tools, as well as security handled by the IT staff and not employees tasked to manage physical devices both reduces the attack surface for threats, while providing more sophisticated protection. Moreover, since data doesn’t leave the datacenter, and is not dispersed over many physical devices, companies have complete control over confidential and sensitive data.

But traditional VDI has a few drawbacks. First, the cost of deployment is high given the server, storage and network hardware that VDI requires. All that hardware needs ongoing maintenance and upgrades. Since a company must manage its own VDI deployment, the IT staff must be equal to the task and have software administrators capable of delivering ongoing support. Plus, software administrators are expensive.

DaaS is just like VDI only the software is hosted in a cloud. This absolves a company from setting up the hardware infrastructure to host virtual desktops. It also means that a third-party is managing the hardware and software, so companies don’t need to employ IT staff to support the infrastructure. Scale up is easy, (sometimes).

Purchased with a subscription, DaaS would appear to have predictable budget. Also eliminating the costs associated with building an on-premises infrastructure seems very attractive at first since companies shift CapEx costs to OpEx. However, in practice the recurring costs only increase over time – often very quickly.

In return, companies give up control over their infrastructure, service levels and data. The level of service is up to the cloud provide. Moreover, customers have no recourse other than to rely upon the resources it can bring to bear at that moment. Using the shared resources of a public cloud does not always yield the desired results. Confidential and sensitive data, whose location is unknowable, is now controlled by a third-party.

Considering the shortcomings of traditional VDI and DaaS, there must be a better way to deliver virtual desktops. ComputerVault, accessible from anywhere delivering a PC-like experience is the answer.

To review traditional VDI and DaaS:

ComputerVault has all the Pros and none of the Cons of both traditional VDI and DaaS.

First, ComputerVault has a Software-Defined Perimeter, adding an extra layer of cybersecurity protection to the VDI deployment. Built on a Zero Trust Security Model, ComputerVault stops malware, ransomware, and phishing attacks, all while working with the existing infrastructure. There is no Rip ‘n Replace when deploying ComputerVault.

Having a private cloud also means ComputerVault can be deployed in one or many sites, as required. Regardless of the deployment strategy, ComputerVault delivers a PC-like experience both in the office and when working remotely.

The ComputerVault software license also includes software administration and 24x7 monitoring and alerting, patching and upgrades. This means that customers do not have to hire software administrators. Our partners, such as Lenovo, HPE, Intel, Dell and Extreme Networks provide all the usual hardware support. Having the industry leaders as hardware partners also affords customers the opportunity to shift CapEx costs to OpEx, as well. Furthermore, unlike other traditional VDI products, ComputerVault is hosted on very affordable servers providing the highest ROI of any virtual desktop.

ComputerVault delivers all the Pros and none of the Cons of both VDI and DaaS:

Lastly, ComputerVault delivers unmatched levels of cybersecurity and performance not seen in any other VDI or DaaS product. 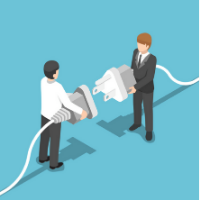 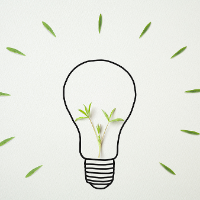 Advantages of Partnering with ComputerVault 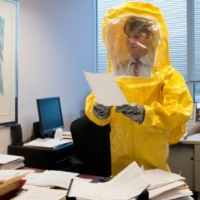